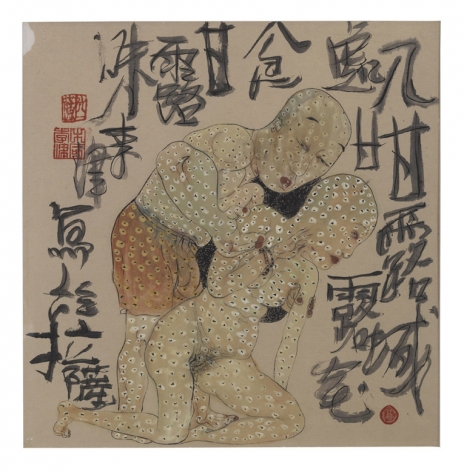 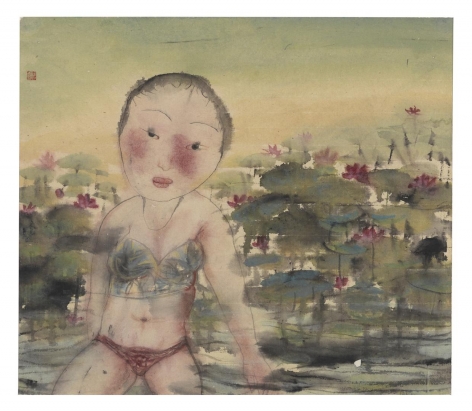 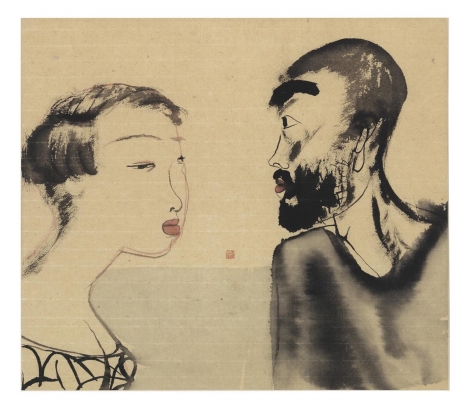 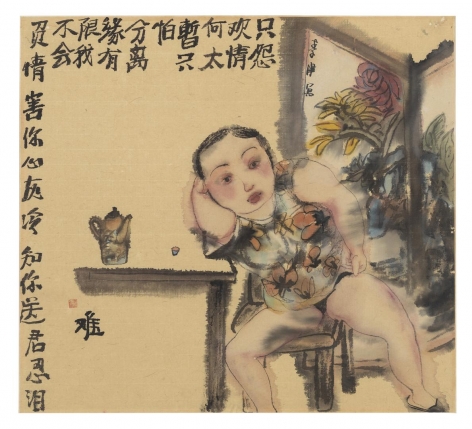 Born 1958 in Tianjin, China. Lives and works in Tianjin.

From the spontaneous and lustful to the controlled and restricted. From pleasurable hedonism to everyday reality, at times brutal. The Chinese artist Li Jin effortlessly moves between contrasting themes. And it is with the same ease that Li Jin master the expressions of the two main techniques of traditional Chinese painting, from Gongbi schools detailed expression to the flowing spontaneity of Shui Mo. With great humor and, at times, equivocal motives Li Jin transits tradition into the present.

Li Jin graduated in 1983 from the Chinese Painting Department of the Tianjin Academy of Fine Arts, where he served as Associate Professor until 2018. He was awarded Annual Ink Artist at the 2012 Award of Art China. In 2014, he was selected Artist of the Year by the authoritative publication L'OFFICIEL Art. Li Jin has mounted solo exhibitions in China and in Australia, Germany, and the United States, among other countries. His works are in the collections of major institutions such as the National Art Museum of China; Museum of Fine Arts, Boston; Seattle Art Museum; Hong Kong Museum of Art; and Metropolitan Museum of Art.