Bohman-Knäpper is pleased to start the new season with Jonas Brandin’s first solo show at the gallery, Studies on Science and Magic, featuring works on paper and sculpture.

In ink and graphite Jonas Brandin conjures an expression and imagery that leads the thought to magic, wizardry and illusion. Crocket playing crocodiles in suits, mythologized rock stars and cryptids. Embedded in gloss layers of lacquer, or as if behind a gentle sepia tinted silver gelatin print, wondrous sceneries appear peculiarly familiar – like segments of a larger narrative, possibly a sequence from a German Expressionism film of the nineteen twenties, or as if Henry Fox Talbot visited a variety show. Or the umbrella and sewing machine as filtered through a traditional Japanese ink painting.

Despite their often implausible content, the motifs appear fully credible due to the attentive craftsmanship and dazzling technical skill. The bourgeois salon is altered into a stage where uncanny metamorphoses take place, transformation acts that somehow encompass the inconceivable width of human pursuits.

For inquiries and press material, please contact the gallery. 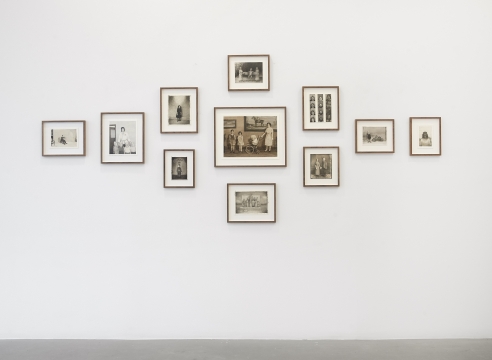 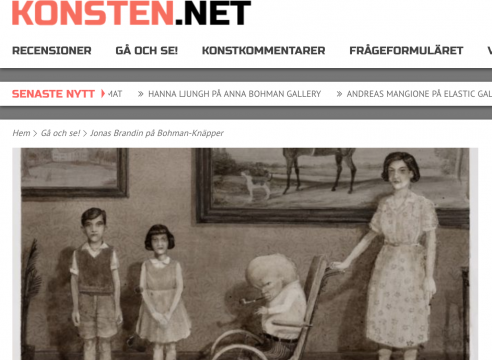 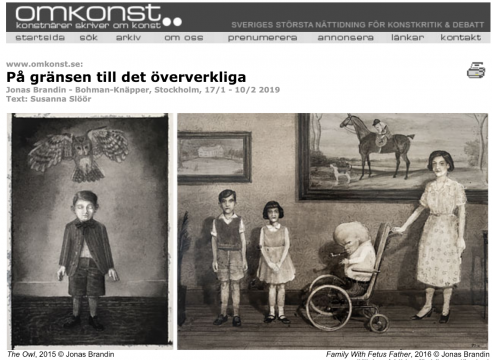