Bohman-Knäpper is proud to present an exhibition that brings together two significant and distinctive Swedish artists, Lars Englund (b. 1933) and Petter Zennström (1945-2014).

Lars Englund was born 1933 in Stockholm, Sweden. Lives and works in Jonstorp, Sweden.

Englund is like a true avant-gardist hard to categorize. It’s in between fixed categories such as minimalism, constructivism and abstraction that he finds the space to create his unique artistic language. His art revolves around some of art’s eternal questions like surface and volume, stillness and movement. Englund creates intricate meetings between the actual work and the surrounding space in which the relation between work and the space is as important as the work itself. A subtle interplay between the inner and outer spatiality arises. The sculptures have such an inherent power that, despite their delicate appearance they fill every void. With no clear beginning or definite end Englund’s sculptures define and shape the surrounding room.

Lars Englund went his own way when he, like the American 1960s minimalists was inspired by the new industrial materials. When his organic forms met rubber, plastics, carbon fiber and concrete he created works that still seem hyper-modern. The materials have always been allowed a life of their own in Englund’s art, from the early swelling rubber volumes to the sensual experiments in plastic and spring steel. The apparently strict symmetry is broken constantly by inconsistencies that skew the proportions and allow the dynamics to flow. The repetition of the form is subject to countless variations. When Lars Englund leaves his spatial exploration to investigate the most abstract another phase of his art arises. Through wind-driven, wing-like sculptures Englund explores the most intangible- air and sound. Lars Englund’s art never gets cold and industrial despite the nature of the material he uses. The constant connection between the work and natures own architecture assures that the work never loses the human touch.

Petter Zennström was born 1945 in Stockholm, Sweden. Lived and worked in Vagnhärad, Sweden.

Zennström's oeuvre includes several of the arts core functions in society. It reveals, concerns and upsets. Zennström used an in many ways unique combination of abstraction and representation, which sometimes took purely organic forms, with which he reduced the world into a micro cosmos where chaos often reigned. Zennström's motifs show an artist that had a strong and sincere commitment against social, political and economic injustice. The work creeps under the skin of the viewer thanks to the tense mood and the black humor. Zennström's humor works more clarifying than evasive, which contributes to the agitative direction of his artistry. He has exhibited widely both in Sweden and abroad. His work makes part of several collections in Sweden such as Moderna Museet, Nationalmuseum, Borås Konstmuseum, Göteborgs Konstmuseum, Malmö Museum, Norrköpings Museum and in Samtidsmuseet in Oslo, Norway.

Petter Zennström sadly passed away in 2014.


For inquiries and press material please contact the gallery at info@bohman-knapper.com 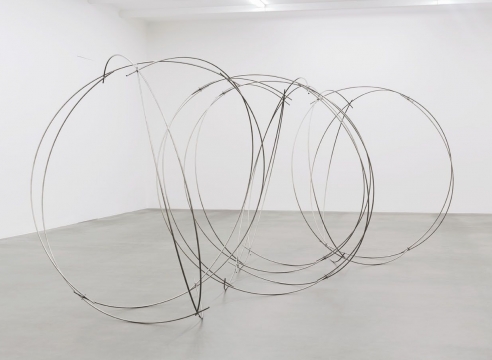 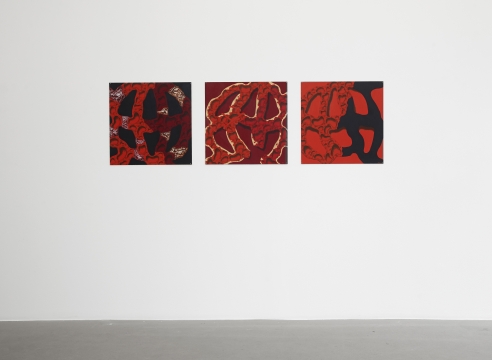 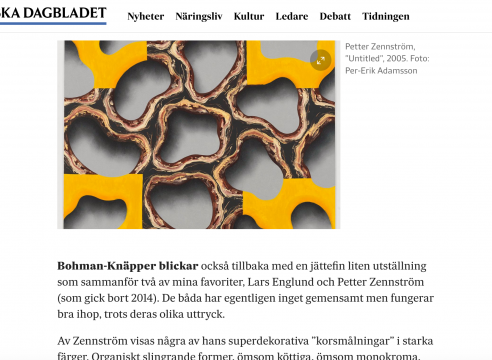