Bohman-Knäpper is pleased to present this year's Summer Show with works by the artists Erland Cullberg, Bjarne Melgaard and Jarl Ingvarsson.

Erland Cullberg
Cadmium yellow and coelin blue. Emerald green and murky red. Or when madder lake meets gray. With unmixed color on the brush, strokes are dispensed as thrusts from a sword. A dance or a sword-play, registered in the form of footprints across the canvas imagery. In Erland Cullberg’s painting, art history is constantly present. Not only through tones and hues, but also in subject and iconography. Hill, Josephson and Kylberg. Kentridge or Basquiat. Perhaps, above all, El Greco. But these colleagues were never present when the sword sounded in Cullberg’s studio. There the landscapes sing with Cullberg’s peculiar charge. There, drawn with gentle lines, the divine and the profane are closely linked with nature as resonance bottom.

Erland Cullberg (1931 – 2012) studied at the Royal Academy of Fine Arts, Stockholm (1957) and Valand art school (1956). Shortly after completing his studies Cullberg made his debut in a solo exhibition at the literature and art salon At Petra, in Stockholm 1961. Then, with some exceptions, annual exhibitions followed at institutions and galleries. In 1986 Cullberg received great acclaim when his work was exhibited at a large scale at Moderna Museet in Stockholm.

Jarl Ingvarsson
With his distinctive mode of expression, Jarl Ingvarsson holds a special position in Swedish contemporary art – on the one hand, furious and dynamic, and on the other, delicate and pensive. This also holds true regarding the subject matter: exposing a significant range, from down to earth, everyday house hold objects and consumer products to imagery with religious connotations. Life and death in the midst of trivial quotidian objects such as milk packets or a coffee filter. And, of course, always present, jazz and poetry.

Jarl Ingvarsson was born 1955 in Asmara, Eritrea. Today he works and lives in Sparsör, Sweden. Ingvarsson is educated at the Royal Institute of Art (1983) and at Nyckelviksskolan (1978), Stockholm. His work has been exhibited in a numerous of institutions and galleries and is represented in many collections, among them: Moderna Museet, Stockholm; Borås Konstmuseum, Göteborgs Konstmuseum, Malmö Konstmuseum, Norrköpings Konstmuseum and Östergötlands Länsmuseum, Linköping.

Bjarne Melgaard
Melgaard started out in the mid 1990ʼs with a neo expressionistic, frantic style of painting, sculpture and installation. His art deals with the dark side of humanity, such as self-destruction, deviant sexuality and odd religious beliefs. It provides an insight into subcultures and parallel worlds that exists alongside the world of normality - often discussing, investigating and pushing the boundaries of societal acceptance. He has an intense way of almost attacking the canvas with paint. A variety of layers in different techniques gives the work a painterly quality that literally sweep the viewer into a myriad of colors, forms and expressions. The brush strokes and splashes of paint form a base for an explicit and perhaps offensive narrative. Organized chaos is one of his main principles both regarding composition and content, focusing on capturing the tension and impromptu of the creative moment.

Melgaard attended the Academy of Fine Arts in Warsaw (1990) and the Norwegian National Academy of Fine Arts (1991), before he moved on to The Netherlands to complete his studies at Rijksakademie in Amsterdam and afterwards the Jan van Eyck Academie in Maastricht (1993). Since then Melgaard has lived and worked in Poznań, Warsaw, Maastricht, Antwerpen, Amsterdam, Sydney, Brussels, Copenhagen, Berlin, Barcelona and New York before moving back to Oslo in 2017. In 2011, Melgaard was given a mid-career retrospective at the Astrup Fearnley Museum in Oslo. He has twice participated in the Biennale de Lyon and in 2014, he participated in The Whitney Biennial. In January 2015 Melgaard was the focus of the first of six important exhibitions at the Munch Museum in Oslo, MELGAARD + MUNCH The end of it all has already happened. Bjarne Melgaard’s work is represented in a number of leading museums and international art collections, such as: The Museum of Modern Art, New York; The Museum of Contemporary Art (MOCA), Los Angeles; Saatchi Gallery Collection, London; Stedelijk Museum, Amsterdam; Moderna Museet, Stockholm; Astrup Fearnley Museum of Modern Art, Oslo.

The exhibition runs through August 18.
Please note, the gallery is closed during summer. Open by appointment only.

For inquiries and press material, please contact the gallery. 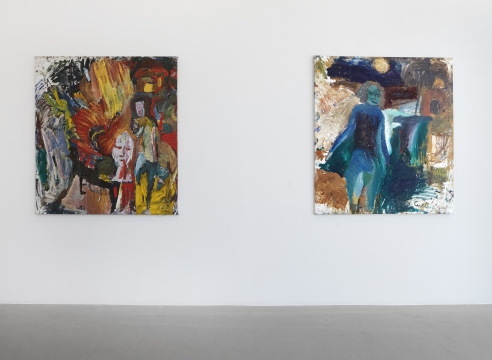 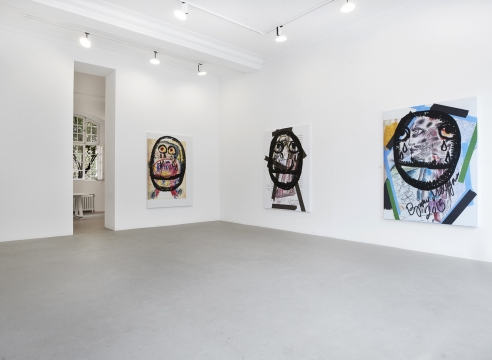 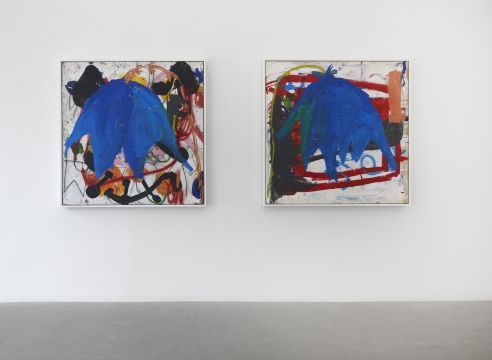